A session tragically cut short by modern technology!
Still, we saw the gang get the hookah back to Shrub Nigeria and then sneak into a chocolate factory, where they proceeded to blow some shit up. 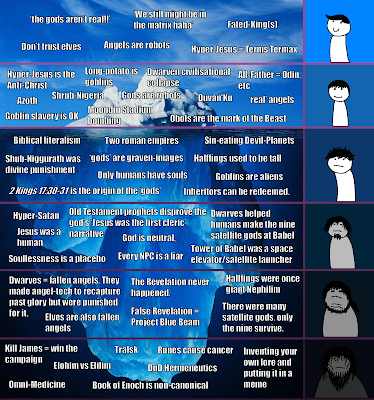 
New Backstory:
- Scarlet Eclipse, inveterate art critic, came back in time after reading a far-future POWERLAD novel and decided it was so bad that he had to destroy the source. +1 Strength


--- Return to Shrub Nigeria
- Hanging around the hookah, still in the Iounians’ weed bunker, the party think up a smart idea to distract these guys for long enough to nick the hookah back - introduce them to e-girls! They tell the insectoid gang that there’s a cool hologram table downstairs with a hot chick on it, and they run down to take a look.
- Scarlet Eclipse closes the hatch behind them. This shall be their grave…
- The party grab the hookah and get Vesh the Vibe-Killer to come with them. When he asks where everyone else went, they say they’ve gone to Dominoes without him. It’s 2 for Tuesdays after all.
- They roll back to Shrub Nigeria’s place and he thanks them for grabbing the hookah! On discovering the Iounians were actually using it to get high he’s all “oh that’s ok then man, they can have it back if they vibin” which leads to some awkward glances. 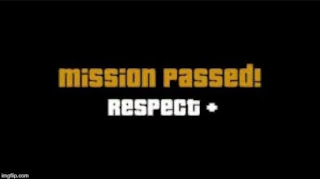 - Nevertheless, he opens his secret drug stash to the party! Jeremy Wizard loads up, and partakes of the Headtrip 56 which lets him see the loom of fate bro.
- While this is all going on, Scarlet Eclipse yoinks Jeremy’s USB that contains a backup of the mind of the original Snels and uploads it to the crashed Seraphim. It starts loading up, and will finish loading by the time the real-world lockdown ends! How convenient!

--- The Chocolate Factory
- It’s decided that rather than head back down into the megadungeon, they’ll check out this chocolate factory that Shrub Nigeria’s obsessed with. He’ll pay good spacebucks for info that leads to him making his own supply of chocolate for his brownies.
- The factory is huge, surrounded by guard towers, with a large pontoon that acts as a space-port for intergalactic traders and upper class chocoholic visitors. Also there’s a space-Esso.
- They try approaching the factory and get stopped by a guard in the guard tower. He’s new to this, but he’s under instruction not to let anyone unauthorised into the factory. He tells them to watch out for the other guards - they’re really overdoing it on the sugar - and to go talk to the dockmaster if they’re looking for work.

--- The Dockmaster
- In the dockmaster’s cramped office they meet the dockmaster himself - an effusive vaguely nordic sounding man who always needs porters to help bring supplies to and from the factory.
- Under the cover of being a coffee startup trying to directly source some chocolate, the party take up jobs. When a spaceship comes in they are to take crates of chocolate out of one room of the factory and replace them with traded supplies from the spaceship. Nobody knows what happens after that - the supplies disappear by the time the next ship arrives.
- They also meet their fellow porters - a bunch of Iounians with tattoos, strong arms, and a distaste for the Earthlings who are stealing their jobs. There’s high unemployment on the moon, and so very little union power. 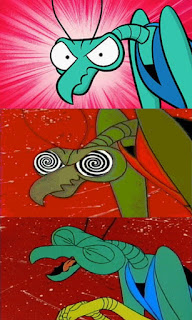 --- Stowaways
- The party hatches a plan - they’ll hide in the supply boxes, get delivered into the factory, and bust out when the coast is clear! The Iounians grumble that the lazy good-for-nothing Earthlings have disappeared, but the delivery is made with little fuss.
- Inside the boxes they find themselves amongst supplies of spices and, oddly, lithium. They’re wheeled over to the delivery area and soon the Iounians have finished and go off to collect their space-cheques, grumbling.
- Beepbox, peering out of holes cut in his box, peers out as high-pitched voices approach, take the crates, and wheel them into the factory. He sees rows of benches with tiny cocoa-bean-headed creatures shaping chocolate with moulds as he goes past, and soon the party find themselves in a storage room among other crates. 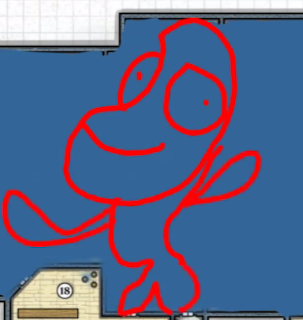 --- Destrudo
- They sneakily creep out of the crates once the coast is clear, finding themselves in a well-lit storage room with piles of crates in it. A poke around the storage room finds a mummified corpse that fell behind some of the crates. It’s riddled with blowdarts and collapses to dust when messed with, but they loot a garrotte wire, 80 space bucks, and silvered mirror.
- Checking the exits - one way out, one way up, and one way down, they sneak down into some sort of boiler room. Many bean-heads mill around tending to the big boilers.
- Scarlet Eclipse uses Unseen Servant to sneak a bunch of lithium into the central boiler, and the party runs back upstairs to high-pitched screams as the bean-people notice what just happened!
- There is a MASSIVE explosion and the party runs upstairs and upstairs again, alarms blaring out throughout the facility!

--- Mysterious Boudoir
- With manic activity occurring below, they run up three flights of stairs, coming out on a landing that ends with a single mysterious door. The door is locked with piano keys. Through the window they can see a bedroom.
- Unfortunately the DM’s wifi goes down around this point, and we’re forced to stop early. Alas!